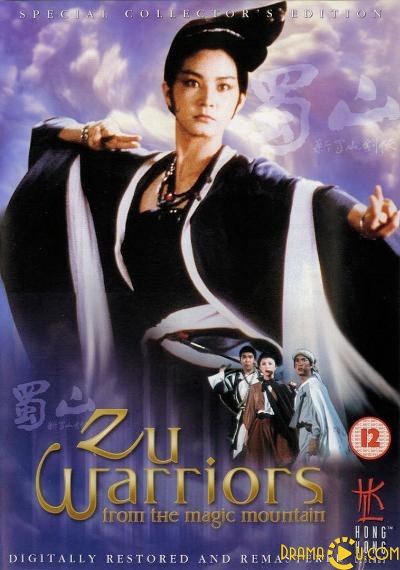 Set in 5th century China, centers on Di Ming-chi a young innocent from the West Zu army who wandered away from the battlefield and into a magical underworld filled with demons and murderous swordsmen. When his life is saved by the noble warrior Ding Yin, Di joins forces with his band of fighters -- including a Buddhism monk named Abbot Xiao Ru, his klutzy underling Yi Chen and a fearsome old wizard named Long Brows -- in their quest to save the world from the terror of the Blood Demon. In spite of Long Brows' powers the Demon attacks and poisons Abbot Xiao. Ding and company take the injured monk to the enigmatic Countess of Jade Pond hoping that her skills can cure him. Though she manages to cure Xiao, the demon soon possesses Ding. The combined power of Ding and the demon are too great; the Countess can only surround her castle with a solid block of ice and wait while Di, Yi and one of the countess's guards ventures to the top of Blade Peak to find the legendary Twin Swords.