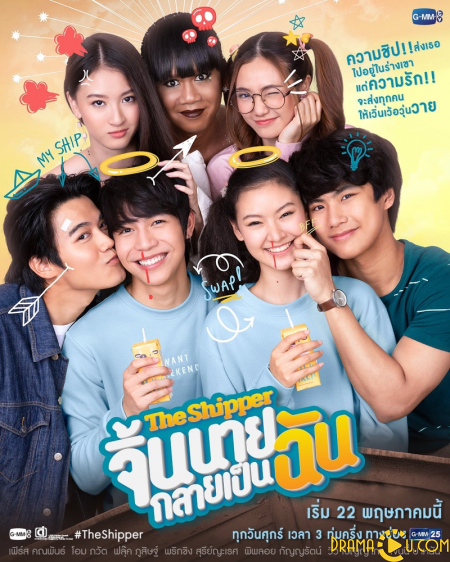 Pan and Soda, two fujoshi like to imagine boy couples getting together. The two that they both like to partner up are two best friends in the school: Way, the cool athlete, and Kim, an outstanding student. Although in truth both know that the whole story is just a fantasy, because Way already has a girlfriend, PhingPhing, which irritates the two girls.

One day, after almost causing Way to be expelled, Pan met Kim. Kim volunteers to take Pan home, but there was an accident! Once they regained consciousness Pan and Kim met with the god of death. The god of death said that they were not yet dead, therefore she sends their spirits back into their bodies. When waking up, Pan finds herself in the body of  Kim from the mistakes of the god of death. Meanwhile, Kim's soul in Pan's body is still not recovered. The god of death promised to find a solution, but for now Pan has to stay in Kim's body.

But being Kim is not easy at all. Even being near Way created an awkward moment. In addition, the matter is even more difficult. When Pan learned that Khet who sits next to Pan in class is the real brother of  Kim, she finds herself in an even more awkward situation. However, she decides to use this as a chance to make her ship sail. Will Pan successfully get Way and Kim shipped? Or is it all too much for her?
(Source: GMMTV)