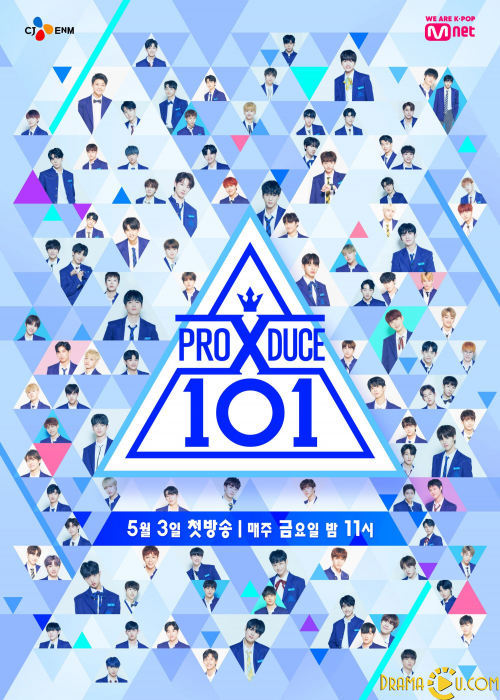 Produce X 101 is the fourth season of Mnet’s reality television talent competition franchise Produce 101. The public (called 'national producers') "produces" a boy band by choosing 11 members among the 101 trainees from 47 different entertainment companies and independent trainees through online and live voting with multiple elimination rounds. National producers also choose the group's concept, name, and debut song. The meaning of 'X' in 'Produce X 101' explained on Produce X 101 The Beginning, the prequel of the show. It symbolizes the trainees' unlimited potential growth. It also means 'Xtension,' meaning they will expand globally, not only succeed domestically but also on Billboard and become a global group.

New to this series is the X rank, the lowest rank where they are at the most vulnerable to be eliminated. The X rank trainees are deemed unfit for debut and will not be able to enter the training center. Furthermore, the 11th member of the final group will not be selected by their final ranking, but by their total amount of votes they've accumulated throughout the whole season.

On February 28, 2019, it was confirmed that the debuting group under the show will promote for 5 years. Mnet explained that members will be asked to focus all of their attention on the group for the first two and a half years, with the remaining two and a half years allowing them to pursue both individual and group activities freely. On March 21, 2019, their first performance of their title track "_지마 (X1-MA)" was revealed on Mnet's music program M Countdown, revealing Son Dong Pyo of DSP Media as the center. The trainees were introduced from March 22, 2019, to March 28, 2019, via official social networking services of Mnet's Produce X 101.

The show premiered on May 3, 2019, on Mnet in South Korea, Mnet Japan and Ameba TV in Japan, JOOX in Thailand, Hong Kong, Malaysia, Myanmar, and Indonesia, YouTube and V LIVE in other international locations. The series broadcasted on tvN Asia in Hong Kong, Singapore, Taiwan, Malaysia, Indonesia, the Philippines, Thailand, Myanmar, and Sri Lanka, 18 hours after the original South Korean broadcast from May 4, 2019, with English, Chinese, Malay, Thai, and Indonesian subtitles.
(Source: Soompi, Wikipedia, Allkpop) 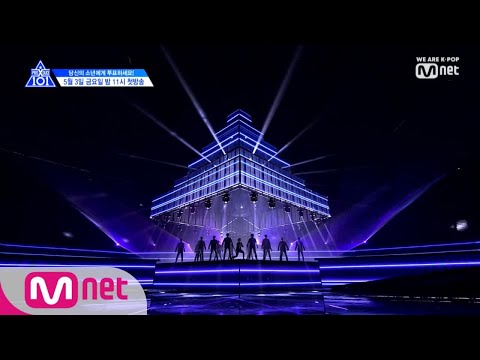