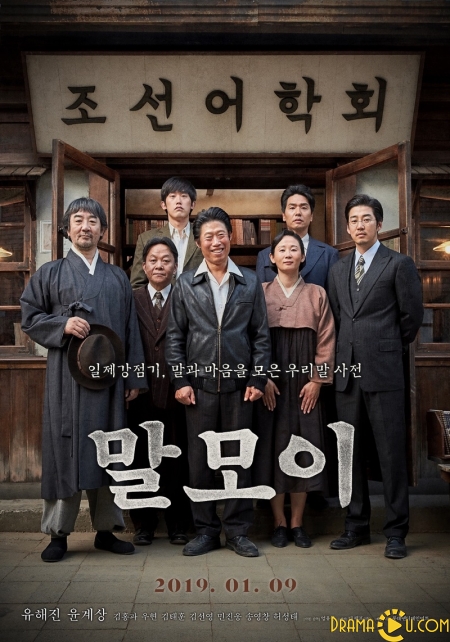 Set in the 1940's when Korea was under Japanese occupation. Korean people were banned from speaking their own language during that time.

Pan Soo has been imprisoned several times and it is nothing special for him to go there. He does not know how to read or write the Korean language. One day, he steals Jung Hwan’s bag to help pay for his son's tuition fee. Jung Hwan is the son of a wealthy Korean family who is pro-Japanese. Yet, Jung Hwan is a representative of the Korean Language Society. By meeting Jung Hwan, Pan Soo's life soon changes. They work together to publish a Korean language dictionary.