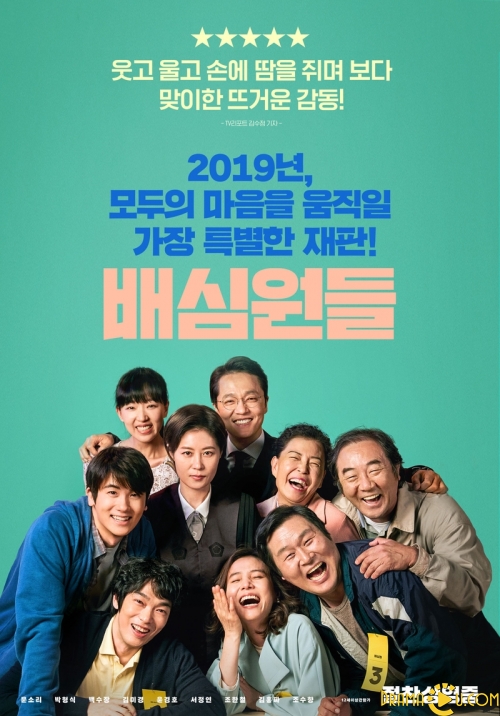 It's the story of South Korea’s first trial by jury in 2008. It follows the case of a son brutally murdering his mother, with all factors seeming to point to a guilty ruling. However, the trial does not go as smoothly as expected. The eighth juror, young entrepreneur Kwon Nam Woo questions the defendant’s self-declaration of guilt. As a result, the judge calls for a new debate to establish a guilty or not guilty verdict.
Kim Joon Gyum is the presiding judge who leads the first civil participation of a criminal trial in South Korea.
The jury consists of 8 ordinary people with different ages and personality.
Jurors: n.1 Yoon Geu Rim, a late law student, n.2 Yang Choon Ok, a nursing home caretaker, n.3 Jo Jin Shik, an unknown actor more concerned with his daily wage than the trial, n.4 Byun Sang Mi, a full-time housewife, n.5 Choi Yeong Jae, a chief secretary of a large corporation, n.6 Jang Ki Baek, unemployed, n.7 Oh Soo Jung, a job seeker, n.8 Kwon Nam Woo, an entrepreneur.
This group forms a microcosm of society, and the way in which they are swayed by the majority opinion provides further commentary on its current state.
Kwon Nam Woo stands in sharp contrast to this, sifting through investigation records and backing up his doubts on the case with determination. He repeatedly questions the defendant’s self-declaration of guilt and reminds judge Kim Joon Gyum of the importance of justice. Bit by bit, he breaks down the majority opinion by pushing for a not guilty verdict.
The jurors are ordinary people, but, after they become jurors, they seek out the truth of the case.
(Source: Soompi, MyDramaList)