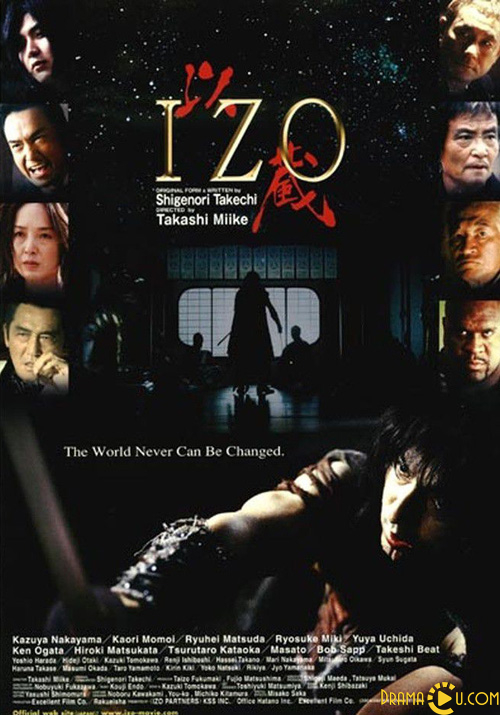 Almost defying description, Miike's film opens with found documentary footage about sperm-production in young males and then turns to a graphically violent recreation of the execution in 1865 of the 28-year-old Okada Izo, a low-born samurai who killed in the service of the anti-shogun rebel Hanpeita Takechi. Fast-forward through 15 decades of Japanese history: suddenly Izo's spirit possesses the body of a street-sleeper in an alley of Tokyo's financial district.
The reincarnated assassin goes on a killing rampage through time and space, from the Warring States period to the day after tomorrow, slaughtering everyone from a Buddhist elder to the prime minister ("Beat" Takeshi in one of dozens of star cameos), not forgetting his own mother. Nothing can stop him, because Izo is negation itself: the contradiction spewed up by the "perfect system" that is Japan. Nothing is immune to his attack, except perhaps the godlike emperor (Matsuda Ryuhei) and the maternal goddess of mercy (Momoi Kaori). Standing to one side, watching and commenting in song, is Tomokawa Kazuki, a radical folkie from the 1960s.