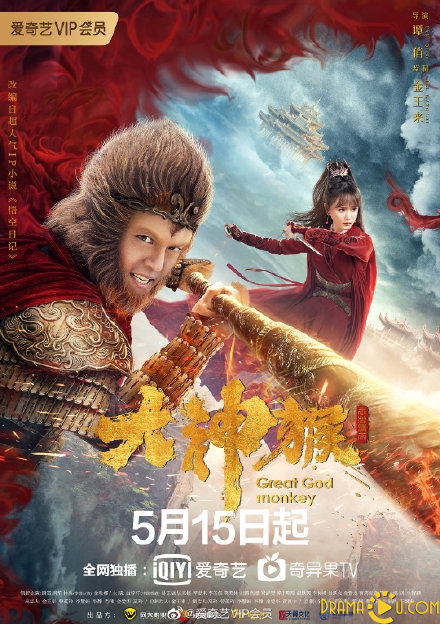 A story that follows the great monkey god Sun Xiaotian in his battles to save humanity.

According to legend, three ancient artefacts have been sealed within the three realms and collecting it will unleash an immeansurable power. In order to take the artefacts for themselves, chaos erupts in all the three realms.

During this time of imbalance and unrest, a monkey is born out of a stone. He is Sun Xiaotian (Xie Miao), a monkey who wields the power of an indestructible staff and effortlessly leaps onto clouds to stomp out evil. However, no one expected that the rising resentment would take hold without any shape and form and latch onto the stone monkey's anger. It spawns his nemesis, the equally powerful Jiutong Ape Monkey (Bai Zixuan).

Meanwhile, the Evil Saint borrows the name of the Paladin Monkey to conquer the four demon kings of the demon realm and make them bow to his will all while continuing the search for the missing artefacts. Demons roam the earth victimizing mortals and only the stone monkey stands a chance at defeating them.