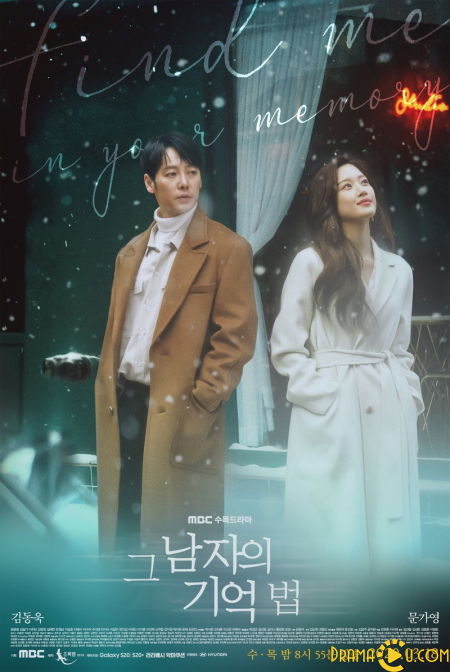 &nbspDownload Find Me in Your Memory

The story revolves around a man with hyperthymesia, a condition that gives people the ability to remember an abnormally vast amount of their life experiences in vivid detail, and a woman who has forgotten the most important moments of her life. The two people with similar scars fatefully cross paths one day and come to love each other.

Jeong Hoon is an anchor of a news show which has the highest ratings. Jeong Hoon’s handsome face and perfect body figure make him look good in a suit. Unlike his gentle appearances, he becomes a tyrant all of a sudden and starts asking aggressive questions to whoever it is. Because of hyperthymesia, he remembers every single thing happening in 365 days a year ever since his childhood. He can’t forget the memory of the woman he loved, Seo Yeon, who disappeared 8 years ago. A rising star who attracts everyone’s attention, Ha Jin, appears in front of Jeong Hoon at that moment. Despite all the attention, Ha Jin doesn’t waver and keeps her confidence. However, she has a secret that her memory is fading away. The man who cannot forget and the woman whose memory is fading away. Will they be able to overcome their difficulties, understand each other, and fall in love at the end?