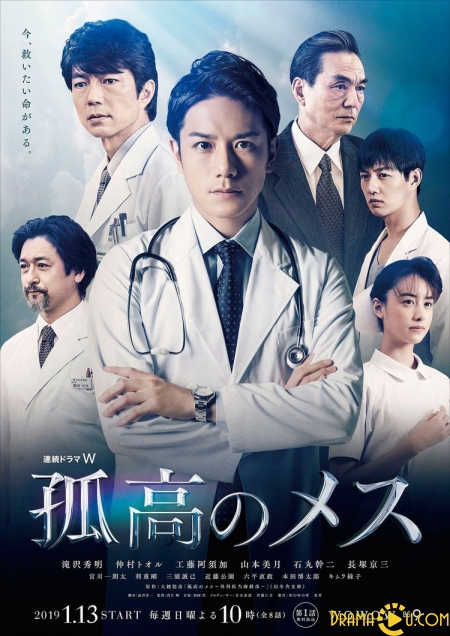 In the late 1980s when organ transplantation was viewed as a taboo, a surgeon, Tetsuhiko Toma, who graduated in the field of medical advanced country America, has been assigned to a local private hospital. Under the belief that "the same level of treatment as university hospital in rural areas" should be received, he challenges every difficult operation and saves the lives of the patients in front of him. However, prior to Japan's first organ transplant surgery, the medical system which was solidified with power absolutism and old custom was trying to block its way

A Lone Scalpel Kokou no Mesu